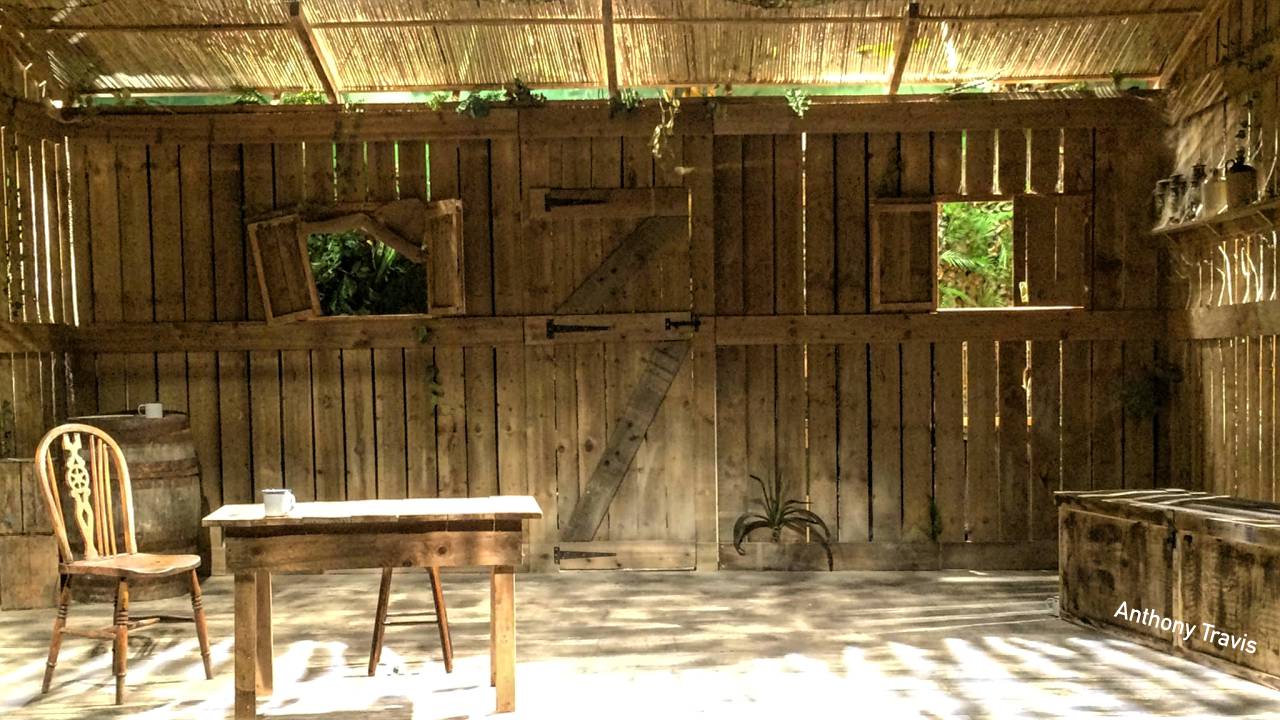 The Progress Theatre stage has been transformed into an abandoned mining hut in the Malayan jungle for our production of The Long and the Short and the Tall. It’s 1942 and the Japanese are advancing on Singapore. Blue Patrol are miles from base when they find the hut. A collection of ill-assorted soldiers, from different parts of Britain, they banter with each other with increasing irritability. They have been sent to scout for Japanese forces, but they really don’t want to find any. Their radio is playing up and when they are joined by an unexpected and unwelcome visitor, the fears and tensions between the ranks boil over. They are a long way from home.

As director, long-time Progress member, Matt Tully, is bringing Willis Hall’s award-winning play to the Reading venue. Although the play dates from the late 1950’s, Matt feels it has a timeless relevance in any age in which there is war and strife. The patrol’s prejudices towards their enemy are recognisable today for anyone who has witnessed suspicion of those of a different background or faith.

Matt says, “I first became aware of the play at drama school when I was looking for a speech to do at professional auditions and one of the directors there suggested I do a speech by Bamforth, one of the characters in the play. I read the whole play and loved it and have wanted to be part of a production of it ever since.”

The set, designed and largely built by Tony Travis, conveys a real sense of the jungle closing in on Sergeant Mitchem (Peter Cook) and his boys. Private Bamforth (Kevin Copping) - played by a young Peter O’Toole in the original stage version - is an insolent Londoner with a contempt for corporals. When we get to know the callous and angry Corporal Johnstone (Craig Daniels) we can begin to see why. With assistance from the Berkshire company of 7th Battalion, The Rifles (7 RIFLES), the actors have been well drilled and you can see the results at Progress Theatre from 12-17 September.