Shown in reverse chronological order, Betrayal explores and explodes the classic love triangle in Harold Pinter’s unconventional fashion, opening with the end of the seven-year-long affair between Emma and Jerry - lifelong friend of her husband Robert - and heading back to its roots. Inspired by Pinter’s real-life affair with Joan Bakewell, each character experiences their own version of betrayal.

Review from The Whitley Pump

Peter Cook is impeccable as the bleak-hearted Jerry, dispassionate and hollow, whilst Emma (Emma Sterry) reveals a touching vulnerability and pathos, which shine through her duplicity. Paul Gallantry, as the emotionally sadistic Robert, gives us a powerful performance; misogynistic, yet tender and funny.

It is a fascinating study of the workings of the frail human heart and the entire cast and crew are to be congratulated on a compelling and spellbinding production. We left the theatre pondering on possibilities. Don’t miss it! 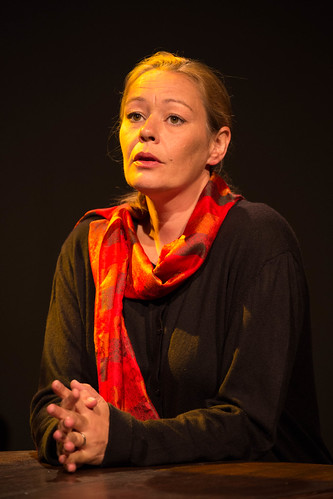