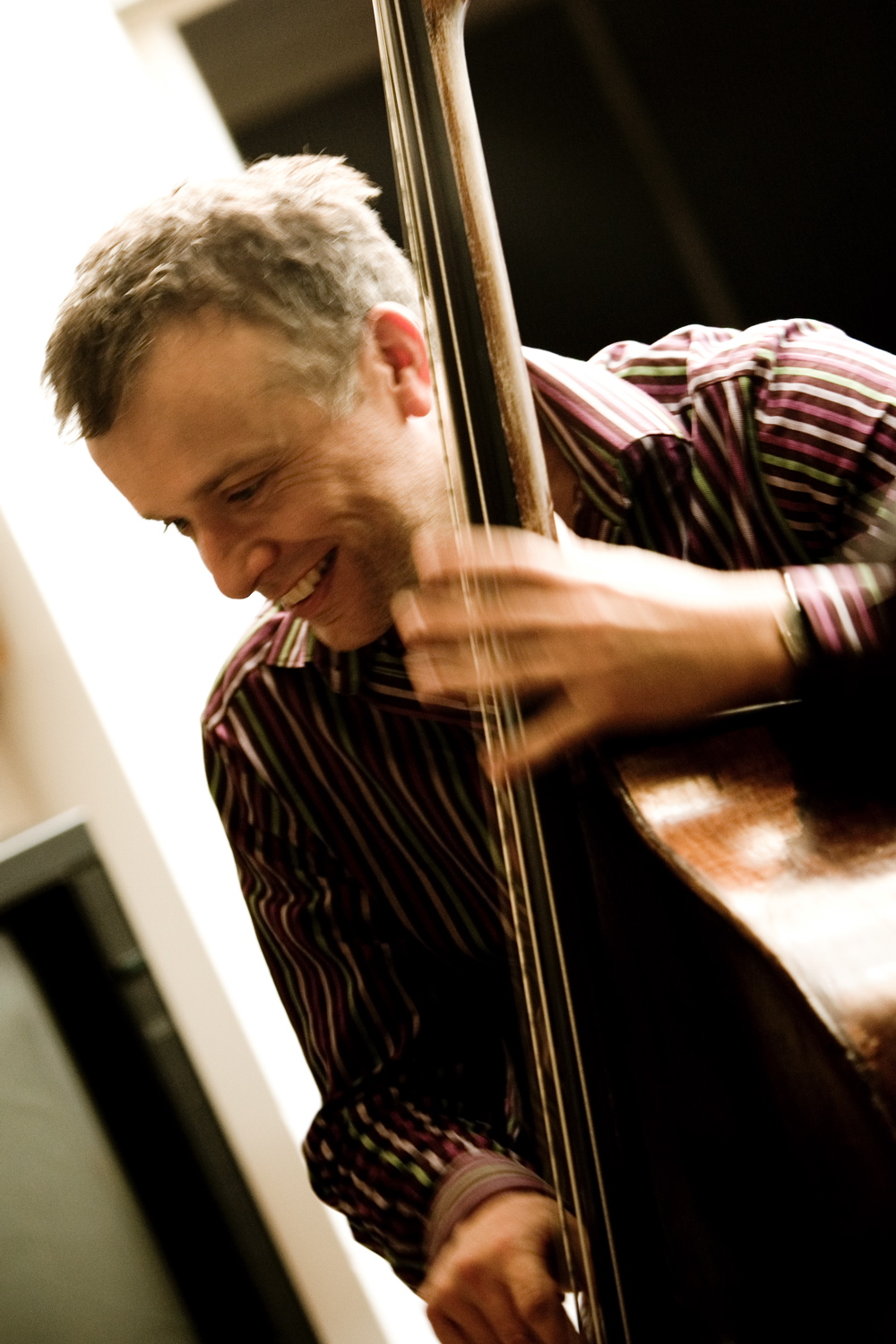 Arnie stood in at Ronnie Scott's Club with the Mingus Dynasty Big Band, a high accolade indeed and confirmation of his reputation as one of the UK's leading bassists. He has played on over 50 albums, including four as a leader  and has worked, recorded and performed with many of the world’s leading jazz musicians including James Moody, Bobby Hutcherson, Art Farmer, Herb Ellis, Eddie Henderson, Joey Calderazzo, Steve Grossman, Scott Hamilton and The Mingus Big Band - as well as international stars including Tom Jones, Charlie Watts and Amy Winehouse.

This stellar line-up includes some of the leading figures in British jazz today. Expect passion and fireworks from the front line, pushed on by one of the best rhythm sections around.

“...Jump Monk, this led from the back by Arnie Somogyi, a bassist who doesn't mark time but makes it sing, urging his fellows on in the most vital way on an array of Monk's tunes [with extra Mingus] aided by Clark Tracey and the ever adroit pianist. Add in Jeremy Price's trombone and the searing alto of Toni Kofi, with his flamethrower tone and vehement attack, and you have music of real consequence.  Haitian Fight Song had it” - Peter Vacher, Jazzwise.

Tony Kofi is one of the UK's most talented jazz composers and saxophonists, and specialises in playing Thelonius Monk tunes. Tony is teamed in a double brass front line with trombonist Jeremy Price, who is Head of Jazz at Birmingham Conservatoire. On keyboard is Mark Edwards “...heartfelt, passionate playing with a breathtaking technique” and on drums Clark Tracey “If Art Blakey has a UK equivalent, it is fellow drummer Clark Tracey” – The Independent – Chris Parker.