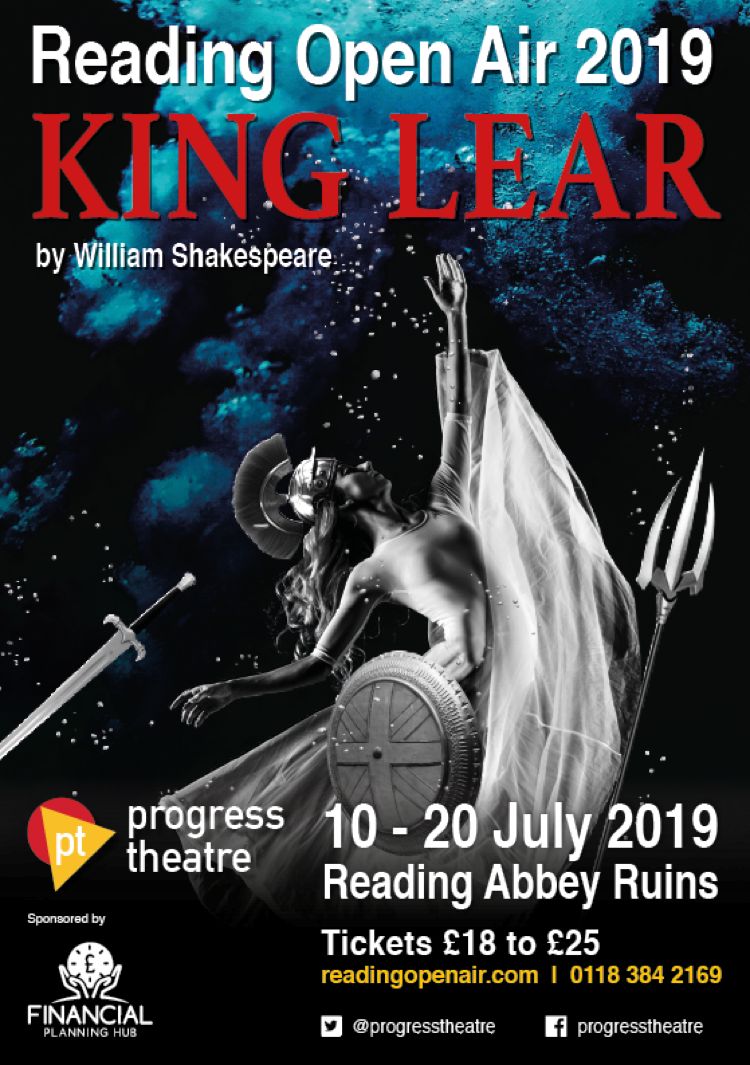 The country is divided.

King Lear, ruler of the British Empire, intends to split his lands, his wealth, and his power between his three daughters. All but the title of King will be bestowed upon them, yet one decision to turn his back on those that love him the most will change everything. His unpredictable behaviour and fall from grace lead to exile, conflict, madness and death for all around him.

In its second year performing back in the Reading Abbey Ruins (after 2018’s sell-out production of Much Ado About Nothing), Progress Theatre is delighted to present King Lear in the imposing surroundings it deserves, within the walls of the magnificent Chapter House.

No performance on Sunday 14th July

See Planning your visit for more information about the venue.

"This was spellbinding theatre of the most human of tragedies. Don’t miss it." - The The Whitley Pump

"King Lear by the Progress Theatre is a treat for the eyes, ears, intellect and emotions. It’s a fantastic production in a fantastic location. Don’t miss it!" - The Henley Standard 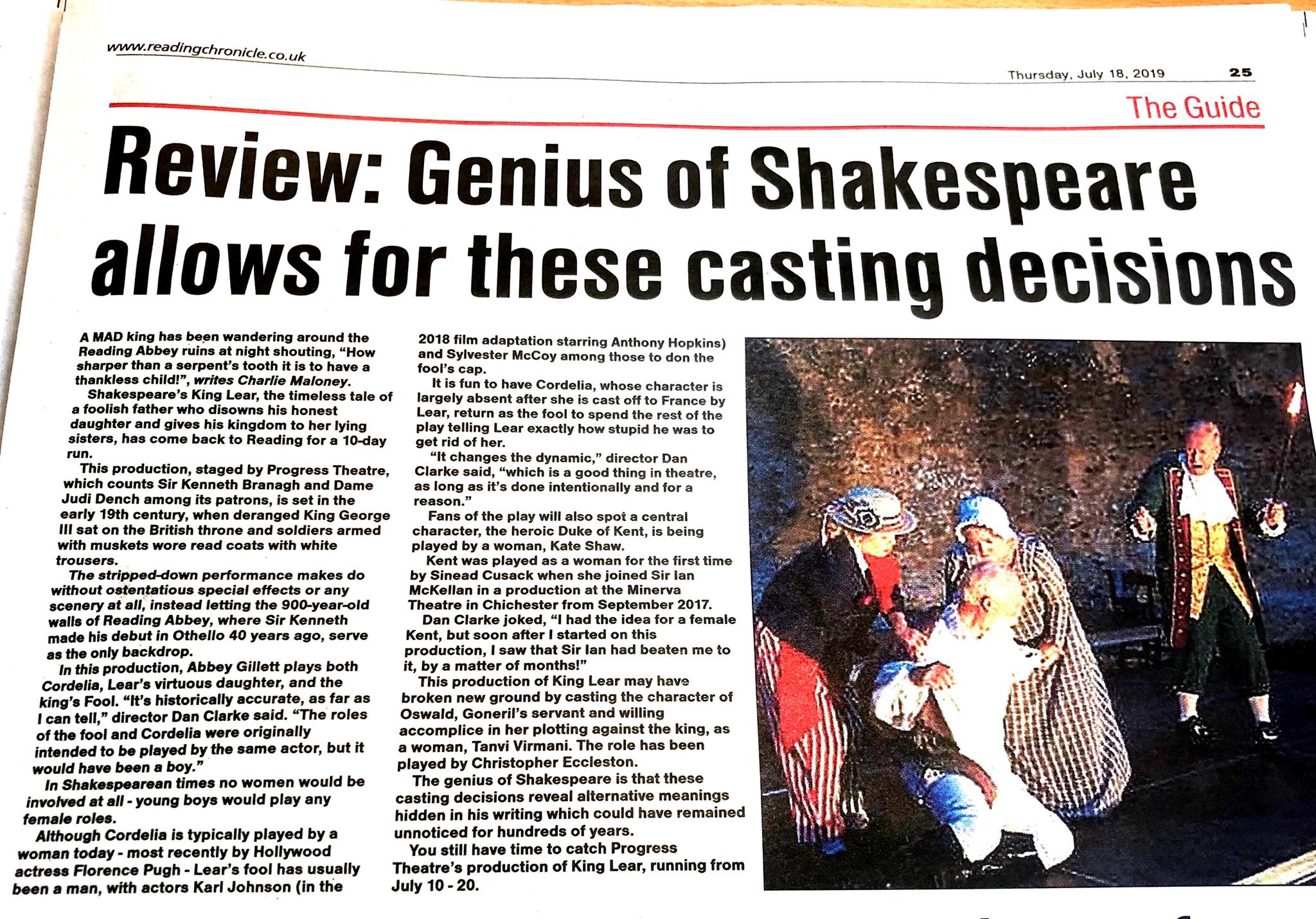