In October 1975, Monty Python’s Flying Circus was broadcast in the US … but someone cut out all the naughty bits! Progress Theatre bring to Reading this true(ish) story of what happened when Michael Palin and Terry Gilliam flew to New York to challenge the ABC network and the court case that ensued.

Director Aidan Moran brings this comic tale about comedy to life with a keen eye for the period. The striking set is very suggestive of sets from 1970’s TV and hosts multiple locations, including an airport, the zoo, a hotel room, the offices of ABC television and of course a courtroom. All the accents are American, except for Michael Palin’s character - who has some very ironic remarks about travel, considering the path his TV career took after these events.

No Naughty Bits is by playwright Steve Thompson, a regular writer for TV himself, with episodes contributed to Sherlock and Dr Who among others. The play investigates the nature of comedy, censorship and the complex misunderstandings in Anglo-American relationships. And it’s funny. Mostly. 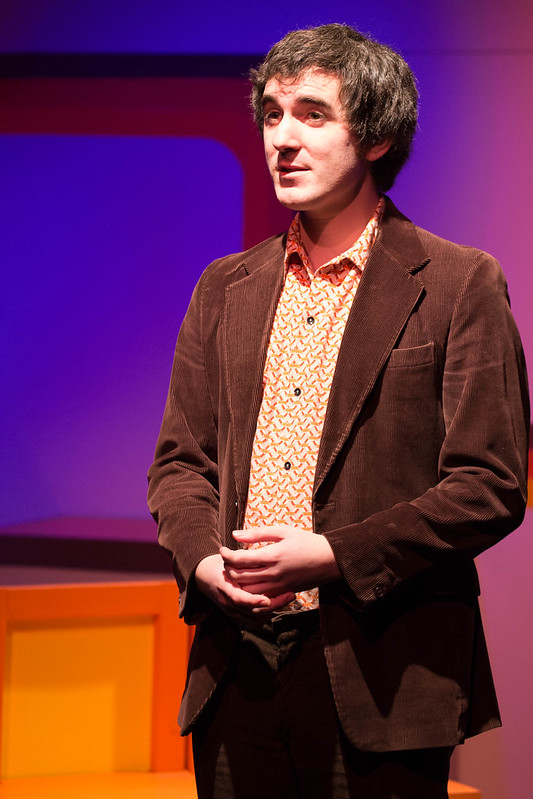